Name: Cloud Strife
Race: Human (Altered)
Age: 26
Height: 5'8
Weight: (optional)
Appearance: Cloud is a young man with spiky blonde hair, blue mako eyes, and a lean muscular build. He wears the standard 1st Class SOLDIER Uniform with the sleeves completely removed. One his left arm he wears a metal bracer with padding underneath of it and a large spiky Pauldron on his shoulder. He wears leather gloves on both hands to protect from wear of the Buster Sword he wields. Around his waist is a leather belt along with a shoulder harness that magnetically holds his buster sword in place.

Favorite Food: Not sure but I am going to say Pizza
Likes: Being able to protect and support his friends
Dislikes: Shinra, Hojo, and Sephiroth
Favorite Color: Blue
Fears: Ghosts and loosing his friends.

History: A lot has happened to Cloud since he was last seen by the Dimensional Warriors. He has experienced the traumatic events that happened during the Nibelheim incident that has left him with some PTSD that causes temporary blackouts and distress when he remembers the incident. He does not remember much after his separation from Zack, but sometime after he becomes a mercenary for hire. He refers to himself as an Ex-SOLDIER whenever someone ropes him in with the organization he use to work for. He is then hired by Avalanche for the fateful day of the Mako reactor 1 bombing. (Following unspoilery incidents and not wanting to write out the whole plot of FF7/FF7R) Cloud has set off for an unknown fate that awaits him as Sephiroth's ever present shadow looms over him.

His has gained many skills through his training and conditioning in the Shinra military before going the SOLDIER initiation this includes Strength based athletics as well as vehicle combat training.

End/Half-Int-
Survival - 10
---Advanced Skill: Whip Latch - Effect: Strike a rope against an object and have it secure itself

Half-Int-
First Aid - 10
---Advanced Skill: Herb Lore - Effect: Combine plants to create a healing salve
---Advanced Skill: C.P.R. - Effect: Allows you to stabilize and prevent further 'bleeding out' for an unconscious combatant. To do this, roll your first aid skill. The DC for success depends on how deep in the negatives the KO'd character is. DC = (HP in the negatives) / 100

Haunted - Cloud is haunted by Sephiroth. Whether Sephiroth is alive or dead, he seems to take pleasure in tormenting Cloud after the incident at Nibelheim.

Free Feats:
Free: SIF - Enhanced Lift I
Associated Statistic: Strength
Description: This feat grants a character the ability to move, carry, lift, and hold much greater weight than is normally feasible. Granted the ability to inquire about others' ability to lift.
Effect: Increases the Maximum Carry Weight a character can hold from +1 bonus to +2 per every 10 points in Strength. This multiplication of the bonus also applies to strength based rolls, but not to damage.
Example: The character has a Strength of 70. The character would normally gain a +7, but instead with this Feat gains +14 to Strength checks.

Free: Standard Feat
Fighter
Description: Fighters are very basic combatants at their cores; they do battle in rain, sleet, snow, wind, or sand, and can be turned to for direct problem solving. Their athletic training and brawn allows them to surpass obstacles in their path -- including other people, through sheer presence or violence.
Effect: +10 to [Weapon Proficiency: Swords], +10 to Athletics, +5 to Acrobatics, Reaction

*Feat 2 (100 XP) -
Red Mage
Associated Statistic:
Description: The Red Mage is a talented jack-of-all-trades, even wielding magic in one hand and a weapon in the other. Their diversity is most stapled down by their use of both black and white magics with equal proficiency, making them often easily recognizable.
Effect: +5 to any 1 Weapon Proficiency, +5 Materia Magic, +5 to Reaction, Light Ground Vehicle, and Roll


*Feat 3 (200 XP) -
Enhanced Dodge
Associated Statistic: Dexterity
Description: This character has quicker reflexes and a keener sense of direction, allowing him/her to avoid or deflect blows away from his/her body, whether it's flipping, blocking, or jumping.
Effect: This improves the Flat Foot, regular Dodge, and Block rolls. Instead of a +1 bonus for every 10 points, the character earns +2 per every 10 points.
Example: A character with 80 Dexterity normally has a Dodge Dexterity bonus of +8. With this feat, that becomes +16.

*Feat 4 (300 XP) -
Knight
Associated Statistic:
Description: Knights, while considered somewhat archaic by some civilizations, still maintain a heavy presence across states, countries, and even worlds. Knights are generally bound by some sort of code of conduct and service to another, whether it's a fief lord, a government, a faith, or simply a buyer.
Effect: +10 to [Weapon Proficiency: Clubs], +10 to Speechcraft, +5 to Vehicle Operation (Chocobo), and Artisan: Writing

*Feat 6 (500 XP) -
Enhanced Attack Maneuver
Associated Statistic: Dexterity
Description: This character is able to predict the movements of others and respond appropriately. Dodging, blocking, and taking cover are all taken into consideration, whatever it takes to land the hit.
Effect: The character with this Feat gains a bonus of +2 per 10 points of Dexterity to attack physically.
Example: A character with 60 Dexterity typically has an attack Dexterity bonus of +6. With this feat, that becomes +12.

*Feat 7 (600 XP) -
Super Speed
Associated Statistic: Dexterity
Description: The character exhibits an unusually dextrous and quick nature, able to move their bodies in unusually quick ways, as well as able to negotiate the world around them in strange ways, such as clearing terrain.
Effect: +50 to Dexterity. This does not affect Style Points.

*Feat 9 (800 XP) -
Enhanced Agility
Associated Statistic: Dexterity
Description: Meant for acrobats, contortionists, gymnasts, ninjas, and similar, this feat allows a character to perform unusual feats of athletic skill, whether it's running, balancing, or jumping long distances.
Effect: This improves the Dexterity bonus on noncombat, non-piloting, and nondodge related rolls. Instead of a +1 bonus for every 10 points, the character earns +2 per every 10 points.
Example: A character with 80 Dexterity normally has a Dexterity bonus of +8. With this feat, that becomes +16.

*Feat 11(1000XP) -
Roadrunner
Associated Statistic: Intelligence/Dexterity
Description: Most people are born on land or a planet and spend a good chunk of their lives there, you however are different; you were either raised on a ship of some sort or spent a good chunk of your life on one. You also do not suffer any penalties from not having sea/air/space legs.
Effect: +10 to Navigation, Rope, and Piloting checks for either ships (land). Must choose type at taking of the feat.

*Feat 12(1200XP) -
Improved Physical Damage I
Associated Statistic: Strength
Description: This character is able to deal harder and more lethal blows than most other people. Whether it's a harder right hook or a weightier chop, this one will sting more than anyone else.
Effect: This affects Base Damage, which in turn will have an affect on Weapon Damage when used with a weapon that requires Strength. The formula regularly for Base Damage is (+1 per 10 points) * 5. The equation changes to (+1 per 10 points of Strength) * 6.
Example: The character has a 60 Strength. This would grant +6. 6*5 = 30. With the Feat, the equation changes to 6*6 = 36.

*Feat 13(1400XP) -
Quick Attack
Associated Class: Fighter
Description: Fighters are masters of opportunity. When an enemy trips or falls, their blade is ready to strike the target at a moment’s notice, giving them an edge in combat.
Effect: If an enemy botches, a fighter may make a reaction check. If the reaction check beats the enemies total dodge, the fighter may roll for a single hit of opportunity

*Feat 14(1500XP) -
Adaptation
Associated Statistic: Endurance
Description: The character is able to adjust easily to any environment, and is able to use different pieces of it to their advantage. Example: using pieces of the environment for makeshift shelters, tools, or food.
Effect: +10 to Survival Skill checks.

Feat 16(1800XP) -
Defender
Associated Class: Knight
Description: The honorable knight may throw themselves in front of an ally once per round and take a hit for them without waiting to hold their turn, using their position to strike a surprise blow to enemies. This damage can not be blocked or braced against.
Effect: Knights may interrupt an attack, should their reaction roll beat the enemies attack roll. Doing so grants them a +*1 on their weapon mod for 1d2 rounds.

Feat 17(2000XP) -
Graceful Combatant
Associated Class: Fighter
Description: Given proper circumstances, fighters can apply their grace in combat to attacking multiple opponents at once, allowing them to do battle against odds others would find intimidating.
Effect: On a divine attack roll, a fighter receives an extra melee combat action versus another target 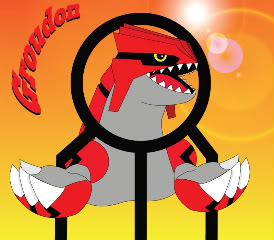 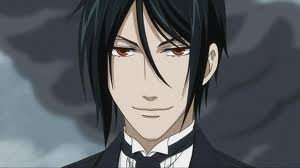